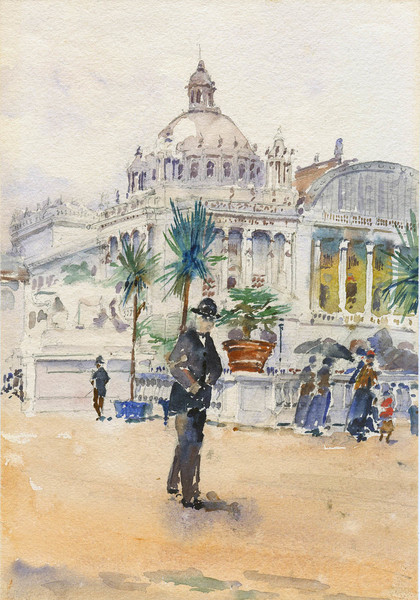 Signed, titled and dated on reverse

She was selected to exhibit her watercolors at the Swedish Pavilion at the 1893 Columbian Exposition in Chicago. She traveled to New York then Boston in August of 1893. These two Columbian Exposition watercolors, depicting the Agricultural Building and the Machinery Hall, are dated September of 1893. It is likely that the watercolors were given as a gift to her host family in Boston before her return to Sweden.

Palm left Sweden for Paris in 1895 and traveled on to Italy in 1896. There she met her future husband Alfredo de Rosa. She continued to live and paint in Italy until her death in 1924.