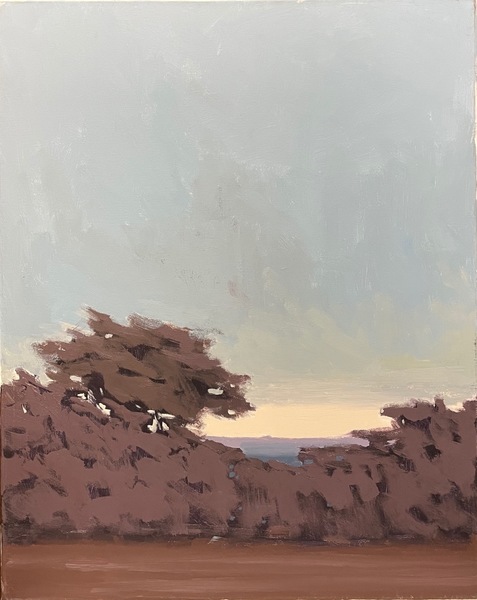 Signed with initials on stretcher