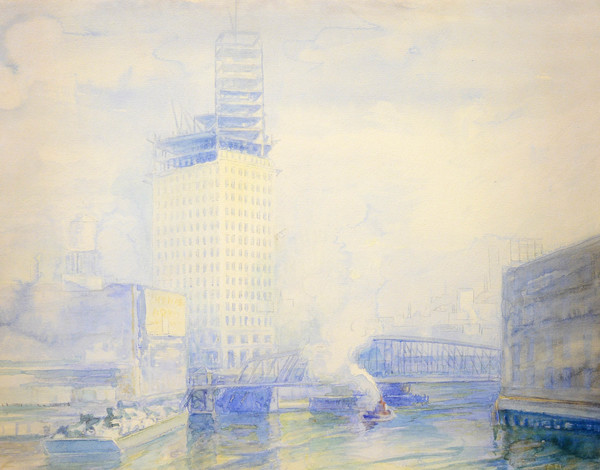 Charles Biesel was the father of artist Fred Biesel. He was born in New York in 1865 and worked as a lithographer and artist in New York, Philadelphia and Newport, RI before moving to the Chicago area in 1918. While in Newport, he co-founded the Newport Art Association in 1912. Biesel was stationed as a first lieutenant in the Ordinance Reserve Corps at the Rock Island arsenal and while later headquartered in Chicago, he conducted munitions inspections of Indiana steel mills and painted his surroundings of the Chicago river and its industry. He first exhibited at Donlon Galleries in the Fine Arts Building on Michigan Avenue.