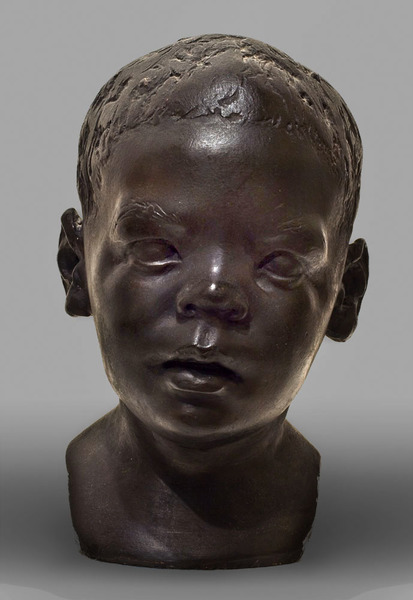 Clarence Lawson was born in Beaumont, TX in 1909 and grew up in Lecompte, LA. He began his studies at the Art Institute of Chicago in 1933 and was the first African-American to win the prestigious James Nelson Raymond Foreign Traveling Scholarship in 1938. This scholarship allowed him to travel and study in Europe, the Middle-East and Asia. While traveling in Indonesia in 1939, as the Japanese advanced, Lawson encountered the Japanese Army who told him to leave or he would be captured and imprisoned. After this trip, Lawson served in the U.S. Navy, teaching arts and crafts to wounded U.S. servicemen at the Great Lakes Naval Station in northern, IL. In 1951, Lawson was invited by the Metropolitan Museum of Art in New York to participate in a national sculpture exhibition. He also exhibited at the Art Institute of Chicago, Howard University, Washington, D.C. and the DuSable Museum, Chicago, IL, among others. He lived much of his adult life in Sag Harbor, NY. Lawson died in Chicago in 1988.