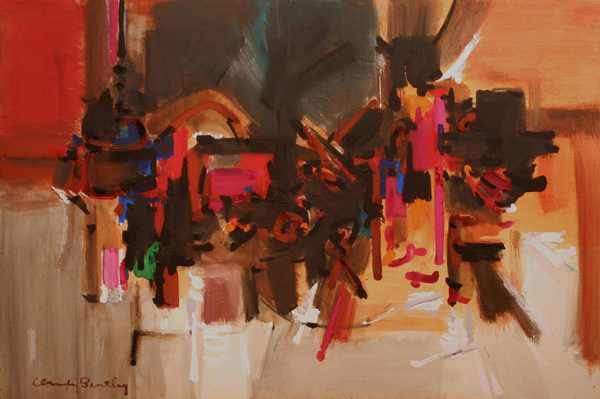 Born in New York City, Claude Bentley studied at Northwestern University and at the Art Institute of Chicago, where he was a student of Louis Ritman and Max Kahn. Known for his work as an abstract painter, Bentley took inspiration partly from the simplified geometric forms of pre-Columbian, Mexican Indian and primitive African art. The artist served a tour of duty with the armed forces in North Africa during World War II.