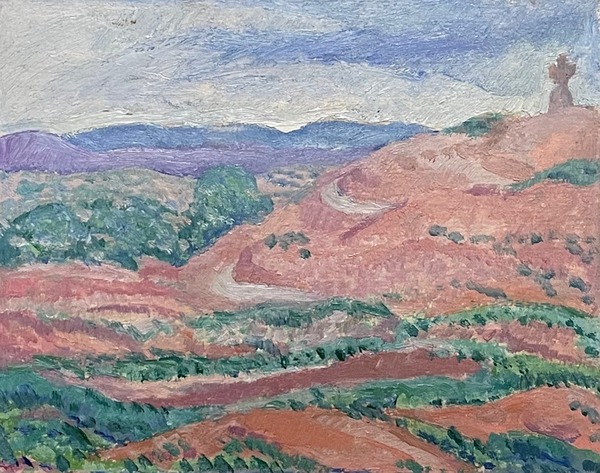 Dulah Krehbiel was born in Oskaloosa, Iowa. She studied at the Art Institute of Chicago, the Art Students League in New York, the Charles Hawthorne School in Princeton, Massachusetts, and the New York School of Art. A founding member of the Arts Club of Chicago, Dulah Evans Krehbiel was a talented painter and a successful commercial illustrator. In addition to her work in the plein air tradition, Dulah Krehbiel also developed a highly individual, modern form of painting that combined elements of Greek Revivalism with spiritual explorations of womanhood. Dulah and Albert Krehbiel were married in 1906, and the two moved to Park Ridge, Illinois, where they continued to work until late in their lives.