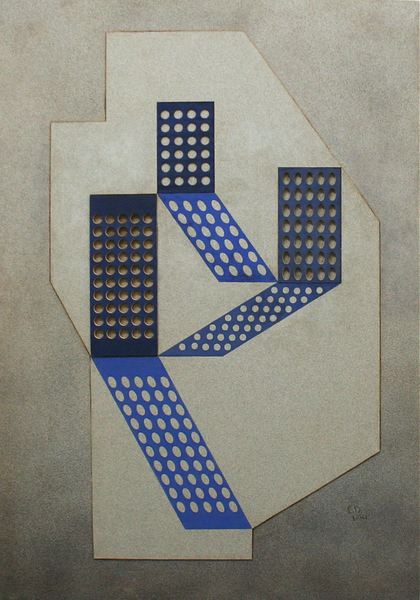 Dana was studying at Harvard with Bauhuas master, Josef Albers at the time of this artwork.

The Library of the Health Sciences at the Medical Center, University of Illinois, Chicago, IL October 27-December 1, 1980, #23.