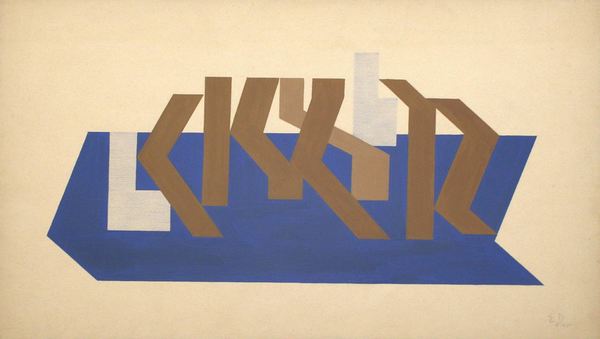 Signed with initials and dated ED 8-1939, lower right; titled on label on reverse.