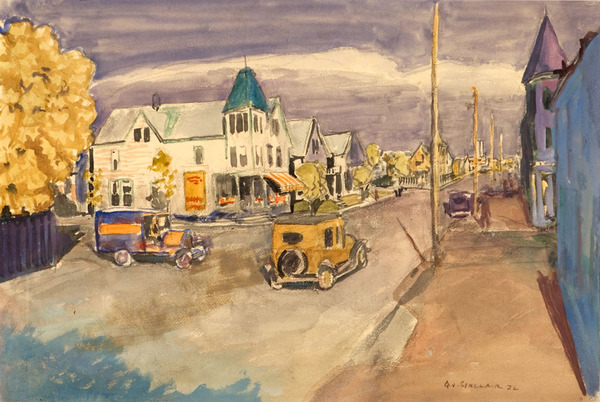 This watercolor depicts the corner of North Avenue and 17th Street in Milwaukee's North Side. The building on the left with the striped awning has stood for over 100 years and is the location of the city's historic Jake's Delicatessen.