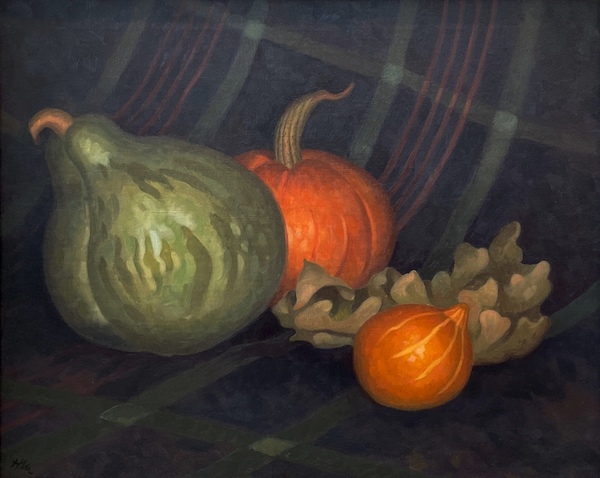 Herman Menzel was born in Chicago in 1904. He studied at the Chicago Academy of Design and exhibited at the Art Institute of Chicago to much acclaim. Menzel is best known for painting his everyday surroundings, including men fishing from piers on Chicago’s lakefront. His paintings encompass the industrial landscape of Chicago and its neighborhoods. He also worked for the WPA. Menzel was almost totally deaf and he became isolated from the Chicago artistic community at large, so his paintings tend to be rare.