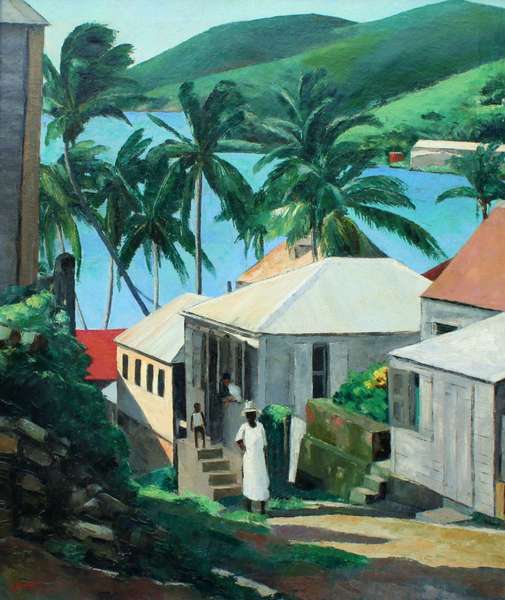 Griffen completed two WPA post office murals, “The Good News and Bad”, Flora, IL, 1937 and “Service to the Farmer”, Carmi, IL, 1939. During WWII, Griffen once-again returned to his civil engineering background and served at the Naval air base in Glenview, IL and subsequently was employed by the U.S. Army Corps of Engineers in Joliet, IL where he met his wife, Loretta Simmons, in 1943. Griffen adopted her three children from her first marriage and they had a son together, Peter. After WWII, Griffen relocated to near San Francisco, CA where he continued to paint and exhibit, but also worked as a civil engineer. He died in Rohnert Park, CA in 1986.

Griffen’s work is represented in the permanent collections of the Art Institute of Chicago, The Museum of Fine Arts, Boston and the Smithsonian American Art Museum, Washington, D.C. Griffen is one of the artists featured in the 1933 J.Z. Jacobson book, “Art of Today, Chicago”.